Analyze This v2.0 for iOS with Stockfish 7 and more!

Hardwork and dedication; this is what this App update is all about! Given our unfamiliarity with the environment and building complex UIs on iOS, we weren't sure we could pull this off, but here it is... Analyze This v2.0 for iOS!


Now you can analyze your games with the latest and greatest version of Stockfish 7 which is rated a whooping ELO 3337! Ofcourse, strength on mobile devices would differ. In a future release, we plan to add an option to change the number of threads/cores the engine uses.You can also start/stop the Engine so you can take a break while you read the annotations or browse through the complete game.
Earlier App version only showed a single PV (primary variation) or line. With v2.0, you can now view more engine variations to get better insights into the position. 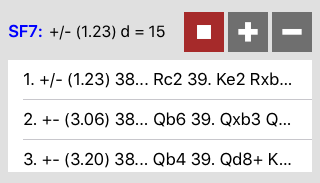 Tapping the +/- buttons increases/decreases the number of lines. The first line is the best line followed by 2. 3. etc. If you wish to view a longer line, its best to use the device in Portrait view.


The Notation view now support text commentary if present in your pgn string. 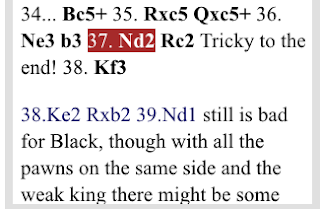 We have improved the Paste option. You can now paste a complete PGN or even a single FEN string. ex: rnbqkbnr/pp1ppppp/8/2p5/4P3/8/PPPP1PPP/RNBQKBNR w KQkq c6 0 2

It is quite fault tolerant and should ideally accept quotes or extraneous strings and only take what matters. (ofcourse there will be many more improvements coming to this feature and the App overall)

Apart from these changes, we have made several improvements. Hope you will like the App, as you have come to like all our other Apps on Android and iOS.

Ads - We need to pay our developers and feed families. One important change in this version of the App is the presence of full screen Ads. But we have taken care to not annoy anybody with excess Ads and they would probably appear infrequently (moreover, most of the Ads would be related to Chess, so you may actually find them useful. Sample below...) 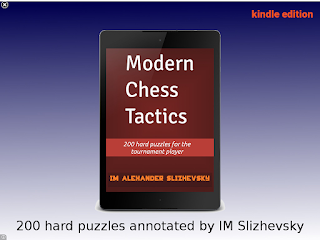 However, knowing who we are and how awesome our Apps are (and can be!), you could also Upgrade the App to the PRO version at its current low price (via In-App purchase) and enjoy all features and Ad free experience.

PS. Yesterday we discovered a critical bug in Follow Chess iOS (thanks to Steve) which prevented users who purchased the full version of the App (in the past few days), from using all the PRO features. This has been fixed in version 2.0.3 currently in the App store.