I am absolutely thrilled to release a new version of iChess with lots of interesting features and changes. This is iChess' 21st release in 2 years!

NEW IN v3.5
Special thanks to Dejan, Dorian, Felipe, Fermin, Gergely, Michael, Raymond, Rudy and others who helped with the app.

Posted by AsimPereira at 04:10 No comments: 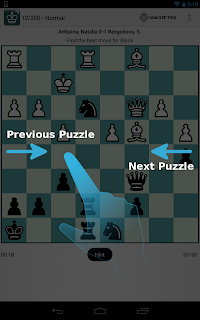 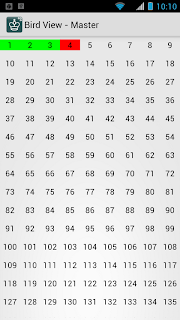 Posted by AsimPereira at 03:53 No comments:

How does the Scoring work? 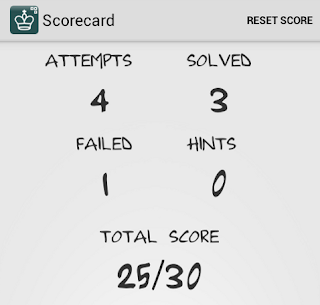 What do the Bird view colors mean?


I do not want the app to automatically load the next puzzle. I want to review the current puzzle after I solve it. How do I do that?

Its in the Settings! Open iChess Settings > deselect "Solve and Load Next". Now iChess will stay on the same puzzle once you solve it so that you can analyze it further.

Why does the Hint button change color?

The Hint button changes color according to the side to move. This should make it is easier to recognize the side-to-move than reading the "White/Black to move" text on top of the board.

If I choose to "Remove Ads", do I have to pay again for other devices or if I re-install or reset?

No! Once Paid, your purchase remains with you forever, just like the Paid app! So even if you buy a new device or reset the existing device or uninstall-reinstall iChess Free again, you should no longer see Ads.
(IMPORTANT: You should be using the same primary email account on your device with which you made the purchase, else it wont work.)

Posted by AsimPereira at 03:46 No comments:

Tactics in the Endgame ebook

I have now graduated from developing Chess apps to self-publishing Chess ebooks!

My first ebook, "Tactics in the Endgame" is now available on Amazon and it is currently FREE (for few days)! 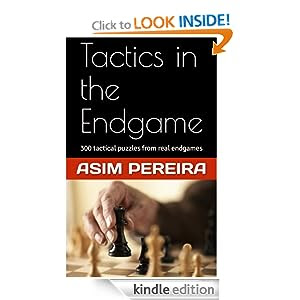 Hope you like my latest offering, just the way you have loved my apps!

PS. This ebook is based on my "Endgame Tactics" puzzle from iChess app.
Posted by AsimPereira at 23:58 No comments:

The Chess World Cup is taking place in Tromso, Norway. The top 2 winners qualify for the Candidates, the winner of which will wrestle against the world champion.
There are 4 Indians participating at the Tromso World Cup (Sasikiran, Negi, Adhiban & Akash).

Update after R2:
Adbhiban is the lone Indian standing. He now faces world #9 Hikaru Nakamura in R3.
Sasikiran was ousted after he lost 1.5-0.5 to Sergey Karjakin in the rapid playoffs.

Edit: After the tiebreaks in Round 1:

Akash lost the first game with White although he was equal for nearly 25 moves. Caruana slowly squeezed Akash back to the wall and cramped his position. 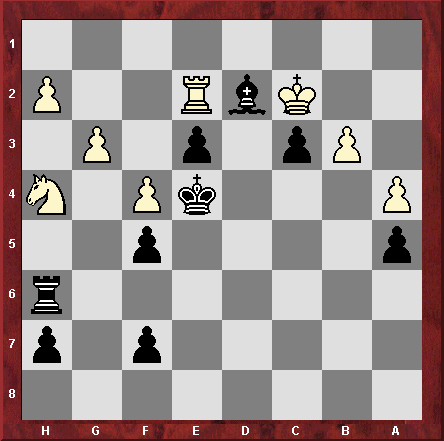 Position after White's 40. Re2
How did Caruana (Black) end the game!?
Solution: (highlight the black box to see the solution) Rxh4!  (Hint: Simplification!)

Game 2 - Caruana 1/2 Akash
Needing a win in the final game of the mini match and playing Black against the World #3 is not easy. The pieces soon came off the board and Akash's extra doubled pawn gave no significant advantage and a draw was signed after 57 moves.

Both games were uneventful draws. So Adhiban has done a good job of taking his higher rated opponent to the tie breaks.

Tie breaks consist of 2 games with a time control of '25 minutes for each player with an addition of 10 seconds after each move'. Tie breaks are on Tuesday, 17:30pm IST.

Game 1 - Kryvoruchko 0-1 Negi
Negi nicely maneuvered his pieces and exchanged them at the right time. The Rook, Knight and King soon set a nice mating net around the White King and the opponent resigned. Pretty instructive game!

Game 2 - Negi 0-1 Kryvoruchko
With White pieces, Negi only needed a draw to qualify for the next round. But Caissa had other plans!
Negi came out of the opening with a advantage. When things were almost equal, Negi made a mistake by moving his Bishop to e6 at move 42! 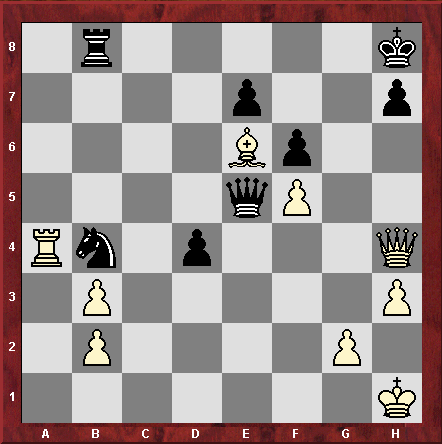 Game 1 - Lupulescu 1/2 Sasikiran
Draw in 19 moves! (I remember reading how Sasikiran has a fighting spirit and generally does not accept quick draws.). But this strategy probably makes sense in a match, where you are content to draw with Black, preserve your energy and fight for a win with White.

Game 2 - Sasikiran 1/2 Lupulescu
Sasikiran did get a tiny advantage in the Nimzo Indian but Black was never into any serious trouble.

Tie breaks consist of 2 games with a time control of '25 minutes for each player with an addition of 10 seconds after each move'. Tie breaks are on Tuesday, 17:30pm IST.
Posted by AsimPereira at 20:54 No comments: